The Camino de Santiago by bike

Epilogue to Fisterra and Muxía 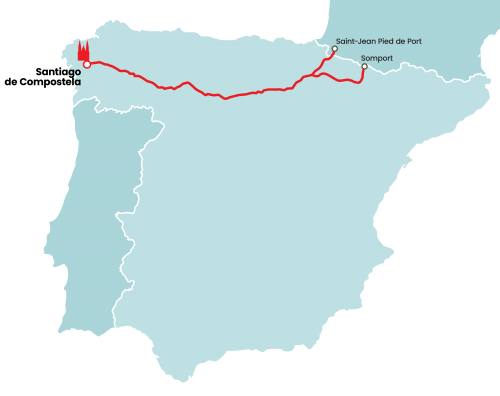 The most important and popular axis of the Xacobean pilgrimages 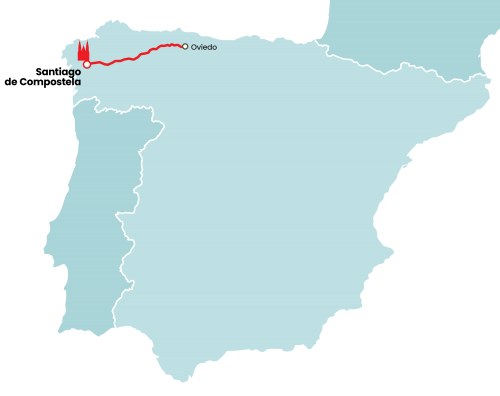 Starting point to discover the path of the first known path 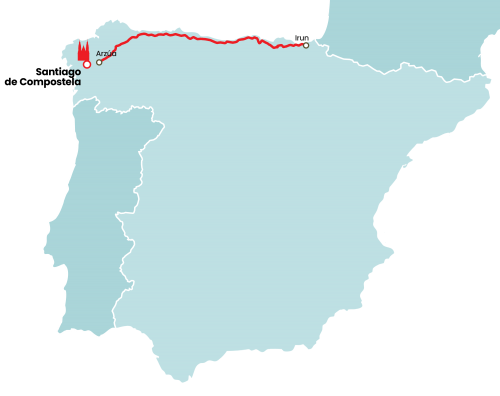 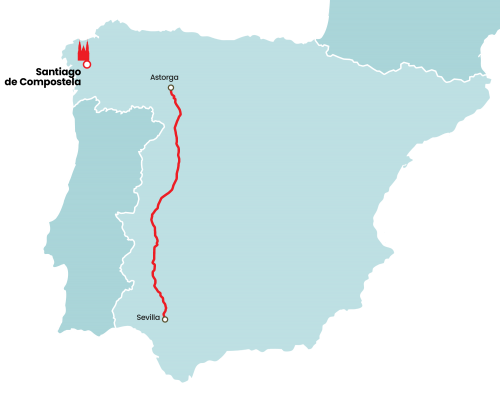 The most important road from the south of the peninsula 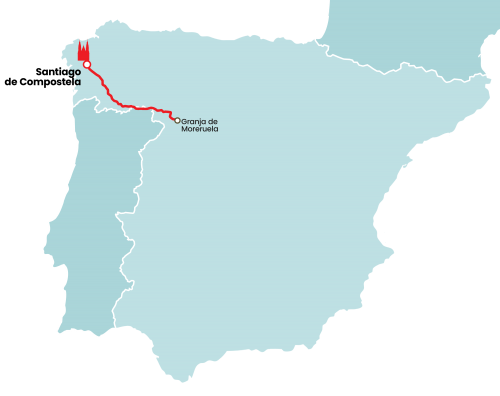 Road connecting the center of the peninsula with northern Spain 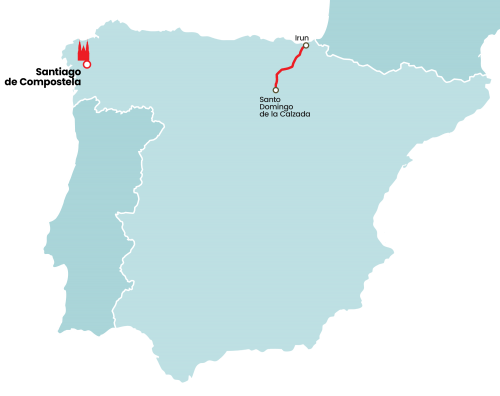 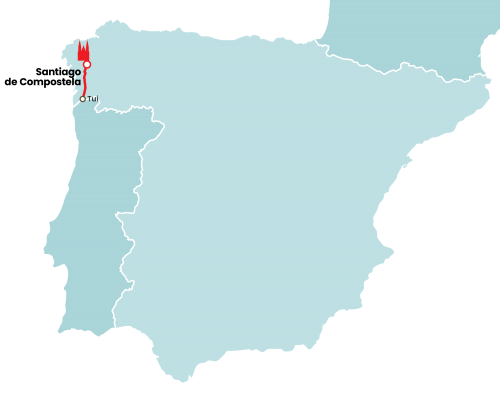 The most important Portuguese Road and the second most influential road 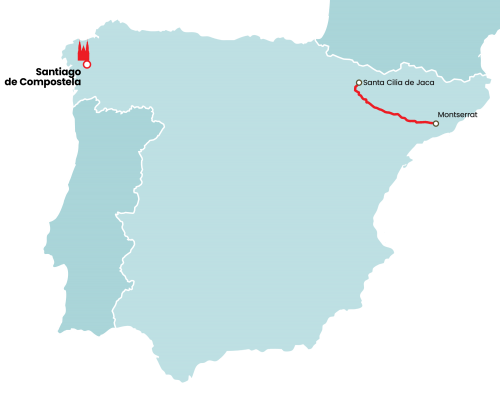 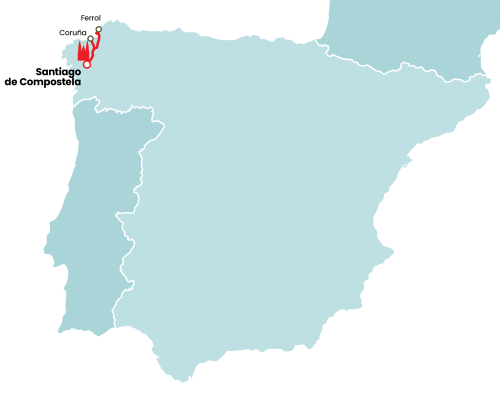 Ferrol and A Coruña, two alternatives for the beginning of this route 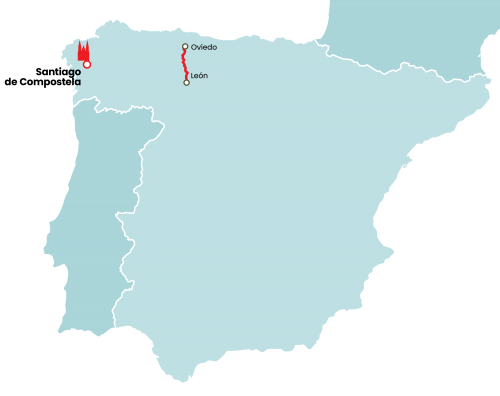 Epilogue to Fisterra and Muxía

Extension of the different roads from Santiago hata Fisterra and Muxia

Before leaving it sets out the stages well

In the case of the Camino Francés are 760 kilometers (27 more if you start in San Juan de Pied de Port); the Camino Aragonés runs for 820 kilometers. The primitive route is relatively short, it is approximately 315 kilometers. The ideal is to do less miles per stage, but if possible by the roads. In general it is a technical journey with continuous ups and downs. Some sections, unfortunately, must be saved by road.

The route profile should be studied

All stages are not the same and therefore, in all stages your legs will not be charged the same (in this website you have profiles of all routes). It's a total of 800 kilometers, and you'll have to see how long you have to organize the days you count on.

Arrange luggage on the bike

The weight must be balanced so that the pedaling is as comfortable as possible. To do this, use saddles or grille on the back, a shoulder triangle to place under the saddle bar and store the tools, and something very practical is a bag to place on the handlebar, as you can store the documentation or the road routes there.

The place chosen to stay is another factor that should influence route planning. Until 20.00h, walkers have a preference over cyclists. From that time onwards, cyclists have the same preference in hostels as those on foot. This is because if you walk into a crowded hostel, you have to go to the next hostel, which can be 10 or 15 kilometers away. This would take you two or three more hours of walking, but for a cyclist it would be half an hour of pedaling.

Establishing the route stages for cycling is a very personal exercise. There are a multitude of options and it depends on the expected time to perform it, the physical form, the choice of the bicycle, etc. It's not the same to ride a racing bike over asphalt, than with a mountain bike on roads. Nor is it the same to have a support car or not, as it is not the same to be loaded with packages on the bicycle than without them.

The division of stages presented in this Guide is designed to make it traditional, that is, by mountain bike, with luggage, and by roads whenever possible.

An average of 12 kilometres per hour

A walking pilgrim does an average of 5 kilometers per hour. An affordable average for a cyclist could be between 11 and 13 kilometers an hour. About 5 hours of daily effort to complete 60 kilometers.

90% of pilgrims choose to roll in the months of May to September. The high rainfall, especially in Galicia, makes getting into the Camino in the winter months a hard exercise, even more so if it is done by bicycle, where the pilgrim has to rotate in many sections by asphalt.

Advantages of Cycling the Road

Some of the advantages that you can take advantage of by making the Bike Path are: