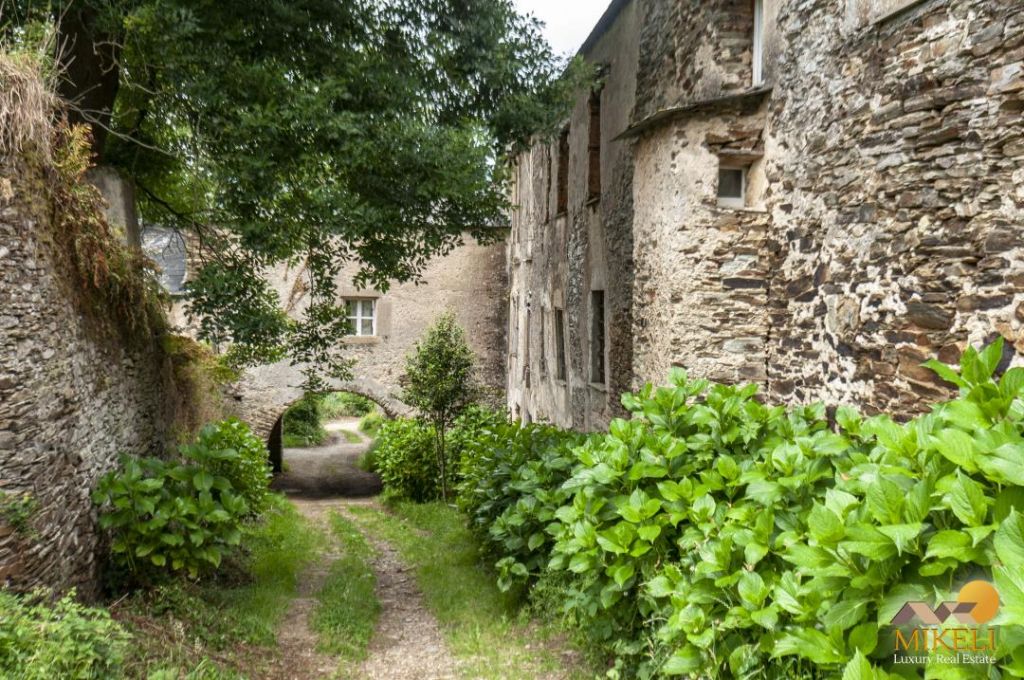 The Pazo de San Isidro in Mondoñedo is the largest pazo in the region, as is also his loft, was the Old Tower, so called in medieval documents, civil and criminal jurisdiction, retains the missing roll of justice, the latter, by order of Napoleon at the beginning of the 19th century.

A Roman miliary was found on the property and part of the Roman road is preserved: the Galician scholar Trapero Pardo stated that “Brea” or “Bria” is a Galician archaic word that means “vereda” therefore Vallibria or Val de Brea, the old name of Mondoñedo, was the Villa on the road that led to the coast from Lucy. Therefore the whole area where the pazo is located, which covers the Couto de Outeiro, was the location of the city of Vallibria: following the donation of Doña Urraca from the territory of the Diocese in the 12th century, the city moves to the valley where the foundations of the cathedral begin. The pazo's historical past is ancestral and was always important: perhaps a Domus or a temple in Roman times, after a tower of justice in medieval high times, convent of the conceptionists and stately pazo.

The main door retains a shield with a legend written by Licensee Molina, Malagueño of the 16th century, where he refers to the English woman (Queen Elisabeth I of England) and perhaps it is the only citation on stone, throughout Spain, of this queen that gave this country so much trouble.

The current construction is the work of the Cantabrian architect Diego Ibáñez Pacheco the same who built the cloister of the Cathedral of Mondoñedo, this reused the same stones that were part of the old tower and the shields that were part of the medieval construction. After the transfer of the intramural conceptual nuns in the 18th century, there is a record that part of the pazo was dismantled in order to build the current convent. In the pazo remains vestige of this demolition.

Always in the 18th century we have testimony that a man of color fled from an English slave boat in the Ferrol and came running to Mondoñedo where they captured him and was chained in the dungeons of the pazo where he finally died, was called Cairo and was baptized with the name of Joseph. His baptism is preserved in the parish of Santiago de Mondoñedo.

The pazo has stunning views on all sides as it was at the time a strategic place; in fact the main entrance remains on the most hidden side of the place, perhaps still the entrance of the old tower mentioned above.

San Isidro is also linked to literature: García Lorca writes about the character of Mariana Pineda, the first woman executed with a vile garrote for embroidering the flag of Freedom in the 19th century. The judge who convicted her was Mat (Lugo) and her wife was the pazo owner, who is buried in the chapel and probably there carried the remains, according to will, of her husband who died in exile in Rome.